So hey, fun fact: remember how Nitro Zeus had a removable head and we didn't know why? Turns out there's a reason for it.

In the script, there was a scene where Cogman, the human-sized robot, would have beheaded the jetplane-sized Decepticon, then transformed into a head and taken control of his body. Yes, that sounds more like Animated Headmaster than the traditional G1 Headmasters, but who cares? That's why he was called a Headmaster in the movie, and that's why the toy has that play feature. You can put Cogman's head on Nitro Zeus's body and play out the scene that was never filmed. 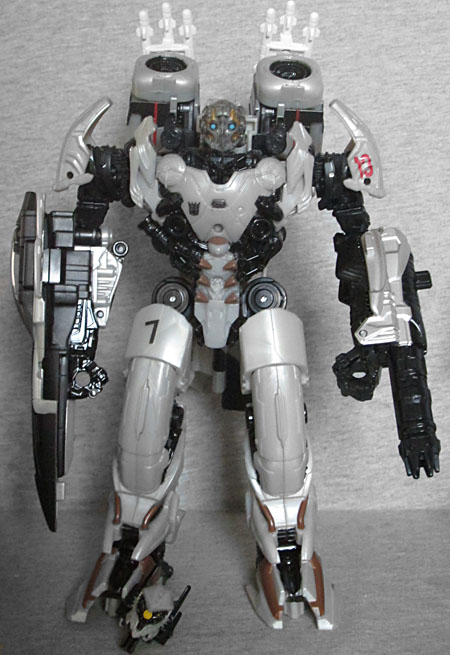