How we're spending our summer vacation: 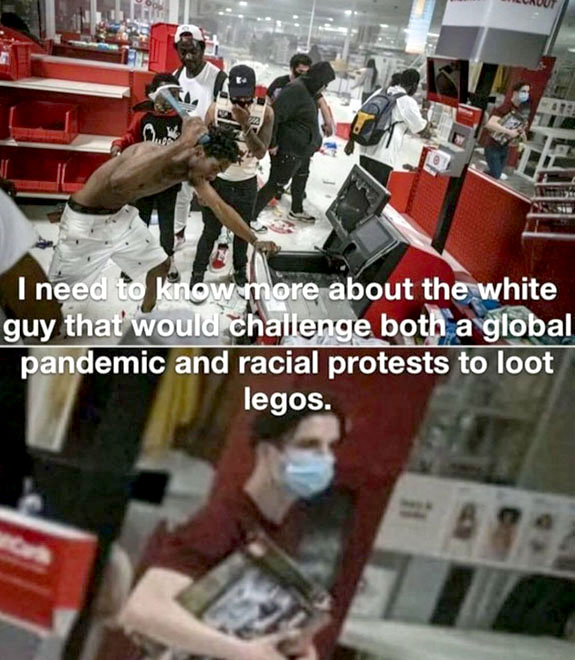 (Please note that what's happening in Minneapolis is not "racial" protests, it's a protest about the willful killing of a helpless man, a protest against police brutality. Calling it a racial protest suggests it's black against white, when it's actually everyone against garbage like Derek Chauvin and the cowardly "thin blue line" that would support, hide, and protect him, allowing him to spend years murdering with no consequences.

The only reason "race" has anything to do with it because minorities, especially black people, are disproportionately likely to be the victim of filth like those cops.

The caption on this photo tries to imply our Lego-loving friend up there is in danger because he's white, when that's simply not true.)

This entry was posted in commentary, Lego, Target. Bookmark the permalink.