Today's review of the Green Lantern vs. Predator set from NECA Toys claimed that a Pred showed up as a member of the Sinestro Corps in the comics. Is that really true? Take a look: 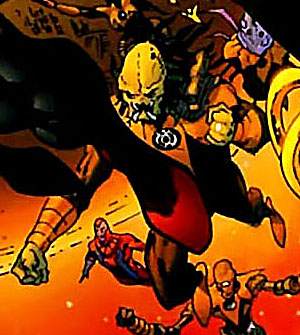 That's from a big double-page spread in Green Lantern #24. He also showed up in the next issue, getting blown apart by Boodikka: 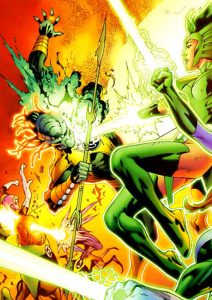 Plus, if the Predator species was frightening enough to become a Yellow Lantern, it makes sense that the Xenomorphs would, too: 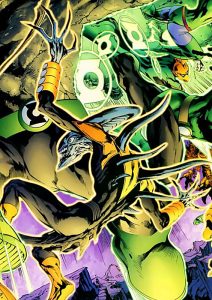 Artist Ivan Reis really had fun with those cameos. And because not all alien life forms are scary, check out two of the friendlier extra-terrestrials who turned up as members of the Green Lantern Corps in GL #24: 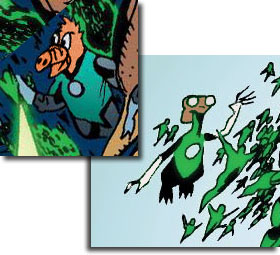 It's a big universe out there! What other aliens would you like to see show up, and which power rings would they wield?