Today's review of GI Joe Classified Zartan said the set introduced a new Dreadnok logo. Let's look at them all.

The first logo is a skull and dagger engulfed by flame. 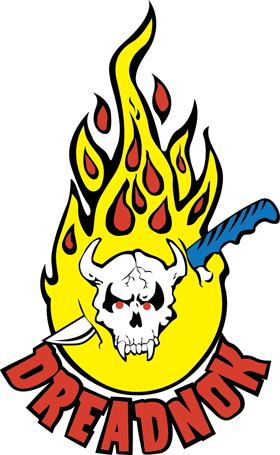 That appeared on the hubcaps on the Dreadnok Stun vehicle, a 2004 release. It was a convention exclusive and thus very obscure, which is probably why a different logo was used in the Devil's Due Productions comicbooks; this one still has a skull, but it's wearing Zartan's hood. 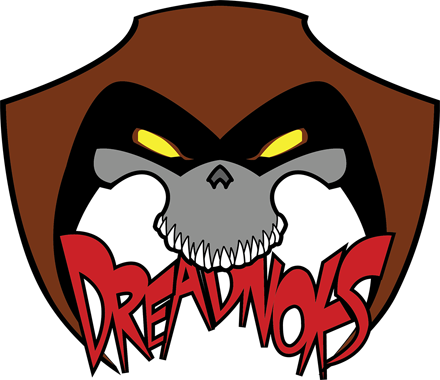 That one appeared on several toys, but Hasbro kept reverting to the other version. Now the Classified Series has introduced another new one, similar to the first but more ornate and with more obvious ties to Cobra. 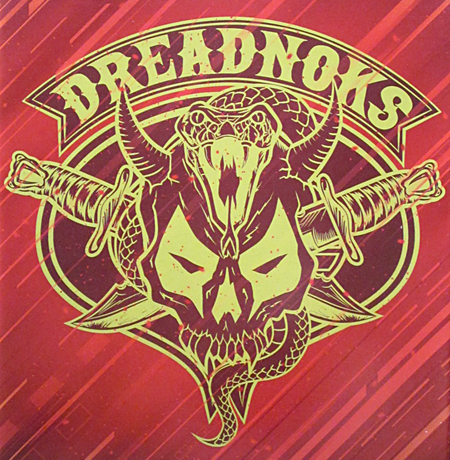 Of the three, the "hooded" version is the best graphic design, but also looks too much like an intentional logo, and features Zartan too heavily; the "fire" version is okay, but a bit plain, and would never have a clear meaning without the name underneath it; the new one uses the strengths of the flame one but improves them, adding Zartan's eye-patches on the skull and definite Cobra imagery, so you could guess what it's for even without the text. Hopefully Hasbro doesn't sweep this one away again.