In the central area of the Transformers BotBots mall, there is only one sporting goods store, so naturally, that's where most of the Jock Squad hangs out, apparently jumping all around and being rowdy. That seems to fit the theme pretty well, doesn't it?

If not for the sculpted laces on one side of this ball, it would look 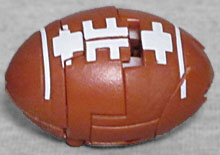 like a mini chocolate Easter egg. That would be a tough repaint, though. The surface of the ball is smooth, which is a missed opportunity: if they're never going to be able to turn this into anything other than a football, why not give it a football's texture? You know, lots of little bumps all over everything. It has the molded breathing holes that help keep it from being a choking hazard, but unlike other examples, his are slightly offset, so you're not likely to see all the way through him.

To convert Laceface, open the flaps over the face, rotate the feet down, and pull the arms out to the sides.

The quarterback of the Jock Squad can always draw 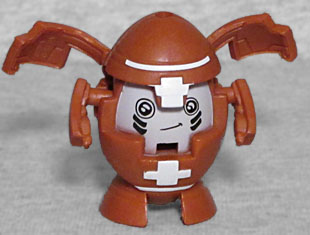 up a winning play. He knows where to go, what to go, and when to do it. Too bad that doesn't mean the rest of the Jock Squad will pay attention.

This is a fairly simple design, with no real effort to lean into the footbally nature and make him look like a player. Sure, there's black painted beneath his eyes, like athletes wear, but no direct attempt to give him pads or a helmet - things the art features, but the toy does not. The face is light gray, and the remnants of laces still visible look like crosses more than anything else. Are we sure he's not a medic? 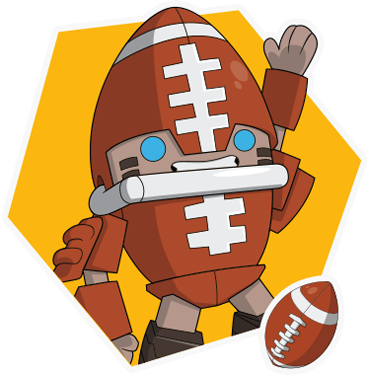 Laceface is available in a Sugar Shocks 5-pack, a Jock Squad 8-pack, or even one version of the Arcade Renegades 16-pack.