The first time I met Xemnu

It turns out I know Xemnu the Titan for the same reason I knew about Rocket Racoon: he appeared in the '90s She-Hulk book. Here, from Sensational She-Hulk #43, was my introduction to Xemnu: 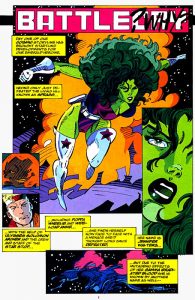 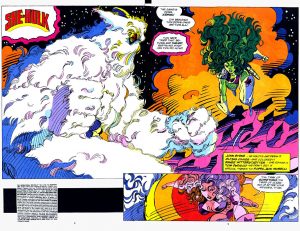 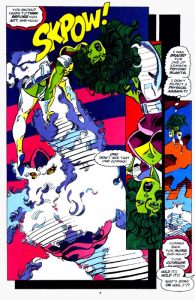 If that art looks a little weird, don't worry, there's a reason for it. SSH #43 was cover-dated September 1992. But look at the opening of X-Force #3, from October '91 (coincidentally, the issue that was my introduction to Juggernaut): 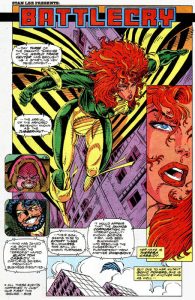 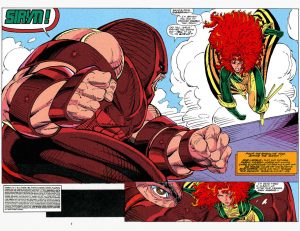 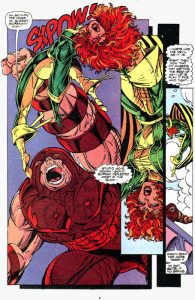 John Byrne has his issues, but he's not a lazy artist, so what's the deal? Well, Rob Liefeld had a reputation for swiping layouts from other artists, so Byrne was poking fun at him for that. Specifically, he was doing it because he felt the panel of Juggernaut punching Siryn had been swiped from his own work, a panel of Hulk punching Doc Samson from Incredible Hulk #319:

Seems a long way to go for a minor bit of revenge, but hey, it was probably worth it...

This entry was posted in addendums, comics, commentary, Marvel and tagged Hulk, X-Men. Bookmark the permalink.

5 Responses to The first time I met Xemnu