So Shang-Chi had a great opening, and doesn't look to have any competition this weekend either, so it will probably continue to be #1 at the box office. We usually bring you GI Joe content on Fridays, so here's a way to combine both those facts. 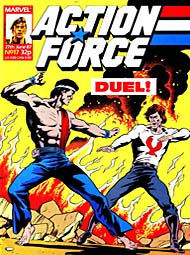 In the United Kingdom, "GI Joe" was instead branded "Action Force". Most of the characters were the same, with just some changes to their birthplaces - for example, Flint being from Lincoln, England, rather than Wichita, Kansas. The idea was to make them a more international team (and thus make that international money). 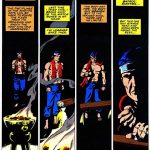 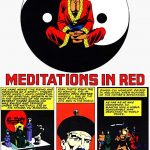 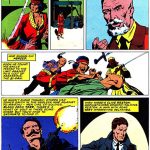 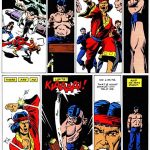 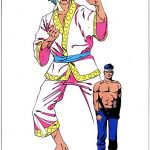 GI Joe was always in a separate continuity from the rest of the Marvel Universe - in fact, they recognized Marvel characters as fictional creations within their own world, like the time someone in a Hulk costume was promoting the opening of a car dealership. So having Quick Kick (in what is more or less the same continuity) have direct, in-universe connections to Shang-Chi, Batroc, Elektra, and Iron Fist is an odd moment.

This entry was posted in comics, Marvel and tagged GI Joe. Bookmark the permalink.