DALL-E Mini is back again, this time doing the world of art history.

One thing's for sure, DALL-E thinks Pablo Picasso's Guernica would be a box set: 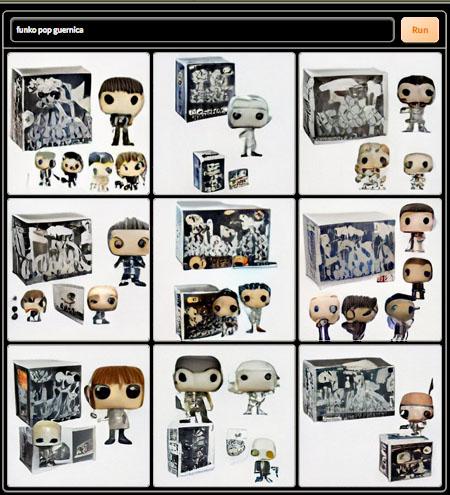 Having to deal with two figures apparently confused it when attempting to adapt Goya's Saturn Devouring His Son but it understood the colorscheme perfectly: 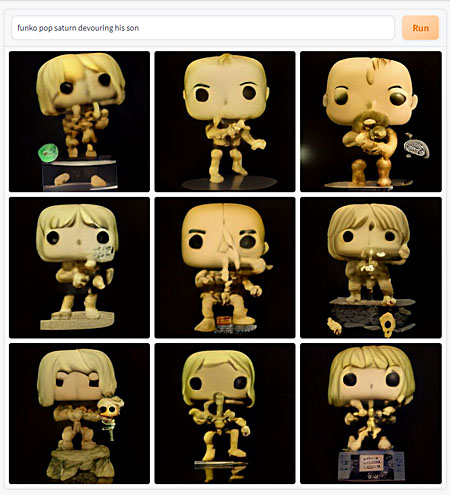 Slay, queen! Artemisia Gentileschi's Judith Slaying Holofernes must have been planned to be three separate releases, not a single group: 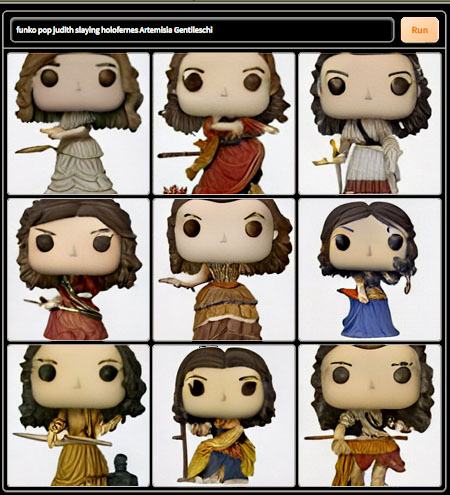 Hieronymus Bosch's Garden of Earthly Delights would have plenty of weird characters to make, but DALL-E seems to prefer an overall feeling instead of any direct copies: 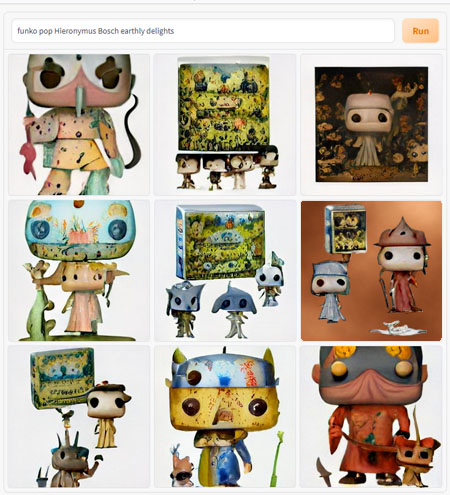 This entry was posted in Funko and tagged Pop!. Bookmark the permalink.