The "Velocitron Speedia 500 Collection" figures that are exclusive to Walmart in the US are available to Japanese fans via TakaraTomy Mall (basically their version of Hasbro Pulse). But Takara does one better than Hasbro, also publishing some brief comics to hype up the toys. They're in Japanese, obviously, but we've translated them: 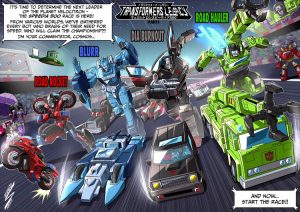 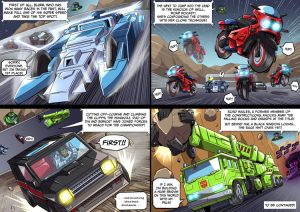 Japan is releasing the series in two waves, so there will presumably be another installment of the comic when the remaining four come out.

This entry was posted in addendums, comics and tagged Transformers. Bookmark the permalink.