Hey cable subscribers! There's a new show about toy dealers, and it's coming to the Travel Channel tonight: 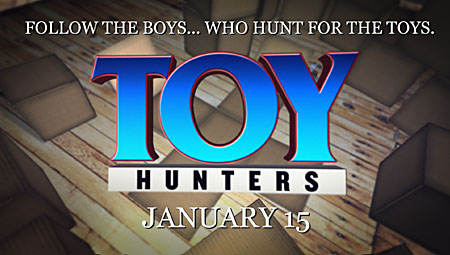 Follow Toy and Collectibles dealer Jordan Hembrough and his team as they travel the country searching out the rarest and most sought after toys and pop culture collectibles! Join Jordan as he meets incredible people and learns about the history of some of the most popular toylines in the past 30 years. He's out to uncover the Holy Grails of the collecting community... and time is running out!

Travel with Hembrough and his Hollywood Heroes as they journey to New York Comic Con, gathering rare and never before seen toys along the way. Comic Con is the "Super Bowl" of toy wheeling and dealing, gathering thousands of people each year. It's the event where the biggest comic and toy collectors turn out to spend big money on the rarest of toys! 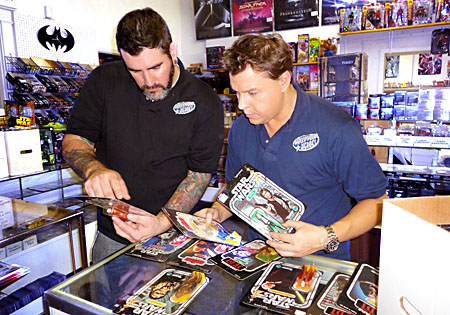 Can Jordan "seal the deal" and turn his new found treasures into Toy Gold?! Tune in January 15th on the Travel channel and find out!

Yes, press release, Comic-Con is the Super Bowl of nerds, but that's the actual Comic-Con, not New York Comic Con. Sure, NYCC is pretty big, but it's still not SDCC. You need a better research department if they can't tell the difference between the two.

Anyway, right now Toy Hunters isn't a guaranteed series: if you want to see more of it, watch it live tonight and get it good ratings. It's on at 11pm (and again at 2am) so you'll have to stay up late, but networks respect "live" audiences more than DVR numbers. Come back here after the show to discuss!