Transformers vs. the Justice League

The crossover that never was: 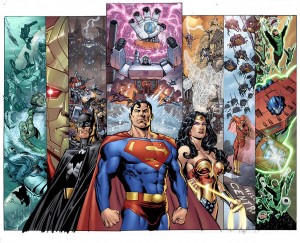 That is a piece of art by Phil Jimenez, used to pitch the concept to DC - it's not something that was ever in production, so don't get your hopes up. Speaking on Twitter recently, Jimenez revealed that any hopes of seeing this become a real book fell apart when it was decided that DC was going to relaunch all their books. A few tidbits he shared:

He also shared this second piece of art: 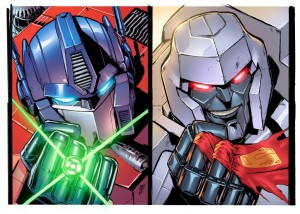 3 Responses to Transformers vs. the Justice League