The back of the packaging for McFarlane Toys' Assassin's Creed IV: Black Flag line features a silhouetted "mystery figure" that was clearly a pirate, but there was no indication which one it would be. Now we have the answer: 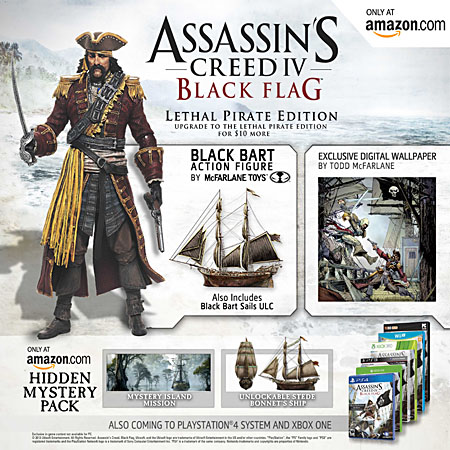 You can get the figure by himself if you want, but if you're already getting the game, and extra $10 will get you the figure plus all the other bonus materials.

This entry was posted in McFarlane, news and tagged Assassin's Creed. Bookmark the permalink.