Spider-Man is headed to the Supreme Court

Or at least, one of his toys is. 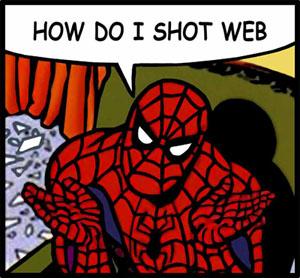 According to The Hollywood Reporter, the Supreme Court has agreed to hear the case of Stephen Kimble, who, in 1990, patented an idea for a Web Blaster toy that would spray foam by means of a trigger in the palm. In other words, this thing. He took the idea to Marvel, who passed, but when another company began making the same thing for them, he sued for patent infringement.

Marvel settled in 2001 - they purchased the patent rights and gave him 3% of the royalties until the patent expired in 2010.

Kimble sued again in 2006, when Hasbro started making the things. He apparently didn't like the fact that they were being sold with masks and other roleplay gear. Marvel counter-sued, and the case was finally settled in 2013. Marvel won, thanks to Brulotte v. Thys Co., a case that forbids patent holders from collecting royalties after the patent has expired. Now Kimble wants SCOTUS to overturn that 1964 decision, claiming it's the "product of a bygone era."

That's what makes this interesting: the court agreeing to hear this case isn't really about Spider-Man, it's about whether the march of time requires re-examination of past decisions. In other words, just because something is settled once, it doesn't mean it's settled for all time.

This entry was posted in news and tagged Spider-Man. Bookmark the permalink.