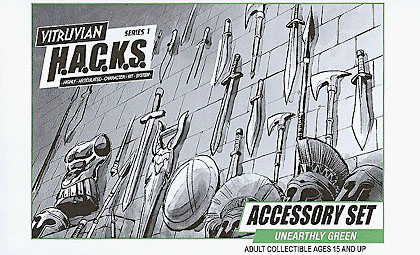 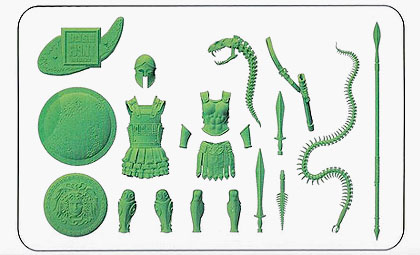 The green is definitely "unearthly" - it's a vibrant neon color, just a bit brighter than the plastic used for DST's glow-in-the-dark Slimer. So while it may not look natural, it really does make for a strong contrast with whatever figure you put it on. Just look at the way it "pops" when worn by Grayson, June and Ossy: 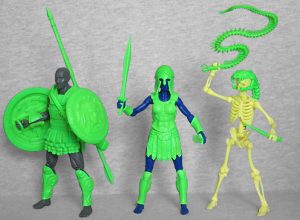 And contrary to what the OEU said, I'm not going to reveal the origin of June's name yet. But I'll give you another clue so you can keep guessing: originally, she was going to be "Jen" instead.