Sometimes all it takes is a trip out of town to find what you're looking for! I made it down to Texas this week and with a bit of luck scored some Marvel Legends two-packs and some brand new Imaginext! 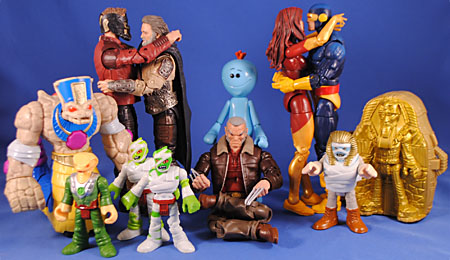 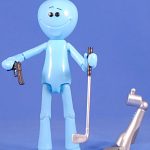 I've been holding off on getting any of the Rick & Morty figures so far because I haven't been able to find a Mr. Meeseeks ANYWHERE. I assume everyone, like me, wants somewhere between two and a million, so he's the first to go! But I final found one, so now I need to start buying up the rest of the line. The sculpt is good, a pretty solid 3D interpretation of a 2D drawing. He is cast in that kind of shiny, hard plastic that has a "cheap" vibe to it, though. Articulation is pretty decent, with balljointed shoulders and hips, hinged elbows and knees, and swivel wrists and neck. He comes with a golf putter (because, COME ON, Jerry!) and a handgun, which he can't really hold... He also gets one of legs for the build-a-figure. It's a decent figure and an okay toy. Given my love of the show and Funko's penchant for variants, here's hoping we'll see some alternate heads/expressions in the future. 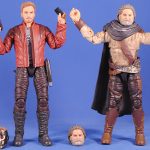 It's annoying that this is a two-pack, especially since he's identical to that other Star-Lord, other than the head. If it had to be a 2-pack, it would have made a LOT more sense to put the trenchcoat from the first movie and second series of GotG2 in this set, then do the rocket-pack armor for series 2 - but whatever. The real reason we're buying this is for EGO!!! The Living Planet! The most Russelly of all Kurts! The costume design is kinda bland, but also kinda neat "Spacefarer"-esque. It's captured well here while also being fully articulated. He comes with two heads, which seem to be from the DST school of "too subtle to tell the difference," because boy are they similar! It seems like one is smiling while the other isn't, but the beard and cheeks make him seem puffy and render the expressions tough to discern. Still though, it's a nice figure and truly a must-have for the collection. It just would have been nice if Star-Lord were... better. Or more unique/interesting. 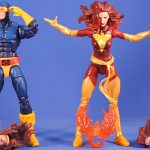 This sucker has been tough to find, but I'm glad I finally did. Some folks out there love this Cyclops costume... I don't get it. It's boring as heck. And the figure recreates it perfectly. Dark Phoenix is the real reason we're getting this set and she is surprisingly neat. The colors are bright and the patterns well painted. Amazingly she comes with three heads - one looks like a re-release of the Phoenix head from the first X-Men wave series from last year (though actually that one had bigger hair...), which is a cool bit of continuity, and then we get a new "crazy hair" head - one painted normal and one eeeeeevil, with yellow eyes and translucent hair! Very cool! She also gets a little fire phoenix that can fit on around her wrist and fall over since the Hasbro female bodies are so slender and tipsy. I would have preferred a fiery base or flight stand to all the heads, but I certainly would take them over nothing; and indeed they're neat enough that I'm tempted to track down a second Regular Phoenix to pop the normal "crazy hair" one on. 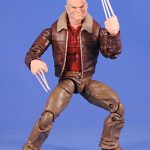 Logan, man... how cool was that movie!? It's a bummer that the pissing contest between executives is precluding us from getting movie toys but this is a decent consolation. I appreciate that he's of appropriately short Wolverine stature, which impressively means this is all-new tooling! The sculpt is really nice, and one's gotta wonder where else we'll be seeing it. The face is appropriately gruff, though annoyingly a different fleshtone shade than his neck and hands. It's weird that he has no BAF part or any accessories at all. But... what're'ya'gonna'do? It's a neat figure for what it is. 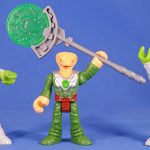 It feels like it's been a while since there was an Imaginext theme that was really appealing as a whole, but this Adventurer/Egypt/Mummy series is looking phenomenal! This is great little battle builder type set with two mummies that are surprisingly different. Each has slightly different face deco, slightly different shades of green and one has snakes coiled around his legs - nice! In the center we get a Snake-y General type of guy. It's just impossible to not see the Masters of the Universe influences here, and further just drives me insane that Mattel won't allow MotU Imaginext sets - the two would be just a brilliant, perfect fit for one another!!! The not-King Hsss guy comes with a staff that can hold a removable scarab "coin." It has a very Indiana Jones/Well of Souls vibe to it, which is kinda fun, though I do wish the other end had more of a weapon-y vibe to it. 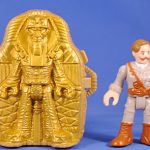 This set is just plain COOL! First and foremost - I LOVE the sarcophagus! The size and bulk and quite fun and the sculpt is shockingly tight and clean - way more detailed than the standard Imaginext aesthetic. The hinge on the side is a little annoying, but I can roll with it since this is expressly a toy (rather than a collectible). Inside the Sarcophagus is a place to clip a figure in the back and on the inside of the lid, you put the mummy "bust." Then close the lid and the mummy bust clips on to the figure, open the lid and your dude has been MUMMIFIED! It's a "cheap" gimmick but is honestly quite fun and it works really well. I love this thing for "the accessory" alone, but we do get a figure as well (which actually feels like the accessory to the Sarcophagus, rather than the other way around). It's a really fun 1900s explorer type guy and I dig the head - it, for some reason, has a very Cary Elwes vibe to it for me. He comes with a removable pith-helmet & backpack combo plus one of those scarab coins, but in dark translucent purple. The coin also clips into a slot behind the figure inside of the Sarcophagus! Okay - I just talked myself into getting a second of this set - it's so awesome! 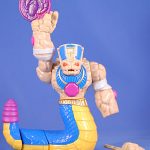 I mean... come on! This thing is just pure toyetic joy! He's so weird and wonderful! Half stone, half snake and all cool. He's got a swivel waist, swivel shoulders and a swivel right wrist. The left hand is a launchable missile and when you push a button on his back the head pushes out and the lower mouth opens! Plus, he's got wheels on his underside and when you roll him along the tail wags! Seriously - this is just pure Toy Fun! I really want to get the big Pyramid playset for this theme and I think I'll have to get a second of this guy so I can have them flank it as guards.

This entry was posted in Rustin's Spoils of the Week and tagged Adult Swim, Guardians of the Galaxy, Imaginext, Wolverine, X-Men. Bookmark the permalink.