The gimmick of this year's "Power of the Primes" theme is that the Transformers can join up with various "Prime Masters" to gain new powers. When you buy a Deluxe, Voyager, or Leader Class figure, it includes a card revealing the powers granted by one combination. Just one. Out of 12. So here's a list of all the powers Firestar can gain: 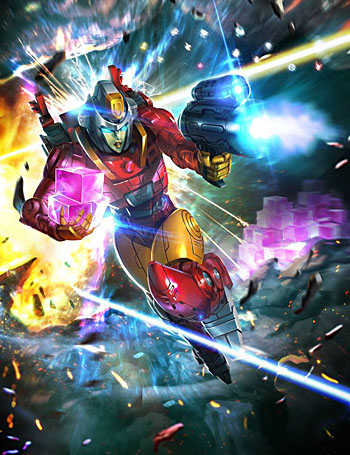