This is the latest in a series (of indefinite length and regularity) of blog posts memorializing cancelled toys. Our figure today is Mattel's Simon Baz.

Simon Baz, the fifth Green Lantern of Earth, was first shown off at Toy Fair 2018, where he would have been part of DC Multiverse Series 6 (the Lex Luthor series). 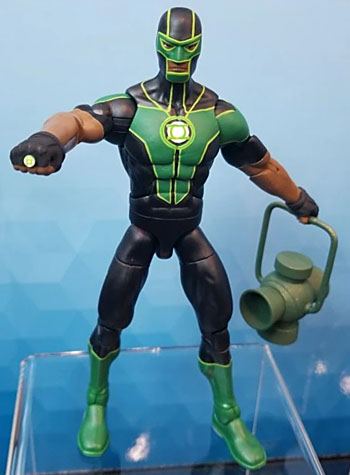 When the two Walmart-exclusive figures showed up late last summer, Simon was still shown on the back of the packaging, but now that the regular figures have begun shipping, Simon is nowhere to be seen. Maybe he's been moved to a later series, but since Mattel only has until the end of this year to get him out, it seems unlikely.