Hasbro has released an Emma Frost figure every six years: in 2007, in 2013, and now in 2019. If you have all three of them, you can cobble together something that almost hints at her classic appearance: 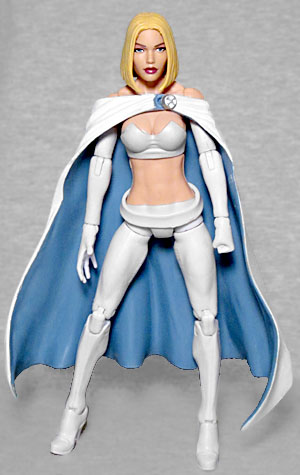 "Almost," but not quite. But don't hold your breath waiting for Hasbro to release a figure wearing a corset and panties (potential Selene/Phoenix Black Queen repaints aside).

This entry was posted in addendums, customs, Hasbro and tagged Marvel Legends, X-Men. Bookmark the permalink.