Back to the Future Part II Ultimate Doc Brown addendum

Today's review mentioned the difference between the movie's prop newspaper and the real one that was released six years ago. See if you can spot any (other than the size, obviously). 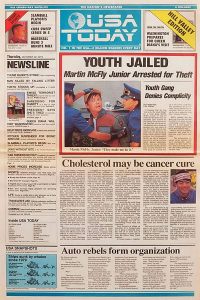 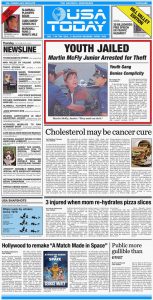 There are enough differences to make it clear that NECA used the false version (which, ironically, is the real-world version) as the source for Doc Brown's packaging. This is like when they based Bishop's shoes on mass-produced versions instead of the actual prop, or the incorrect version of the motion tracker. But neither of those got plastered right across the front of the box.

This entry was posted in addendums, NECA and tagged Back to the Future. Bookmark the permalink.