Remember the saga of Baxter Stockman, and how two unrelated characters were combined into the fly we know today? He was far from the only time that happened.

In 1990, Playmates released a set of figures dubbed the "Mega Mutants" - a bee and a mosquito that were large enough to serve as vehicles for the normal-sized characters. Those were the only two ever released, but Playmates designer David Arshawsky worked up concepts for a couple others, including a rhinoceros beetle and an ant: 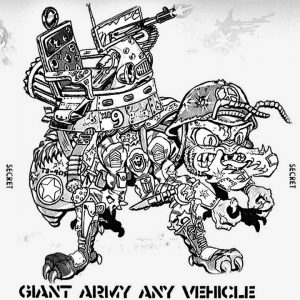 (It's possible that one didn't move forward over concerns about Hasbro's 1987 Army Ants toyline. Either way, this is the first effort we know of to introduce an ant character to TMNT. There was also art with a more "WWI" feeling to it, and another take that would have been more "picnic" than "war.")

In 1991, Dan Berger and Ryan Brown pitched Grisly Grimace, an evil mutant weasel who dressed as an executioner: 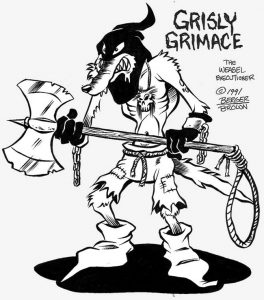 Around the same time, Berger worked with Michael Dooney to pitch concepts for a mutant ant. On April 24, there was a plain figure; seems like Playmates was on board with the idea of an ant, but wanted a little something more added on top of it, which would explain why a week later on May 2, Berger and Dooney submitted gladiator and astronaut costumes; those were also rejected, on May 10, it was a barbarian or a pirate. 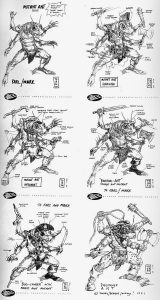 Notice that each of those rejections and resubmissions took about a week - the final submission, of an executioner, was more than a month later, in the middle of June. Why the big gap?

One of the 1992 figures was King Lionheart, a pretty straightforward idea: 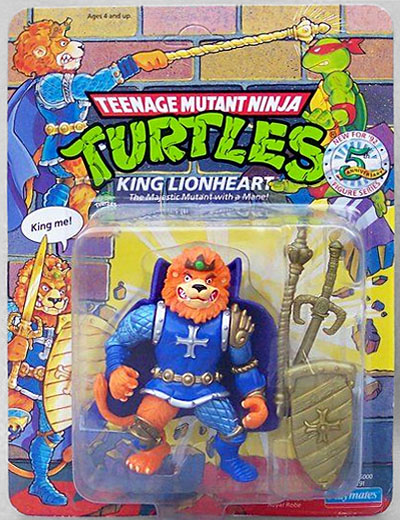 While that figure was in development, David Arshawsky pitched some ideas for a little "sidekick" figure to go with him. What kind of hanger-on would a king have? Why, a jester, of course! Arshawsky went back to his Mega Mutant concept with Antic Ant: 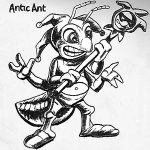 That was rejected (too cute, maybe?), so he tried again with another king-adjacent job, Executioner Ant: 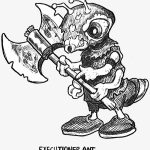 Mirage and Playmates were apparently excited enough about that idea to take it from being a sidekick to a fully-fledged figure: 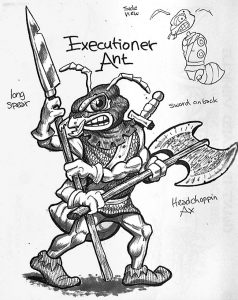 So that big delay in the Berger/Dooney execution submission? That would be the period when Arshawsky was doing his submissions; guess the marketing team liked his idea, but wanted to give B&D the chance to apply it to their repeatedly submitted idea. The final Antrax uses Arshawky's body shape, but B/D's costume design and accessories. The power of collaboration!