Optimus Pride would be proud: 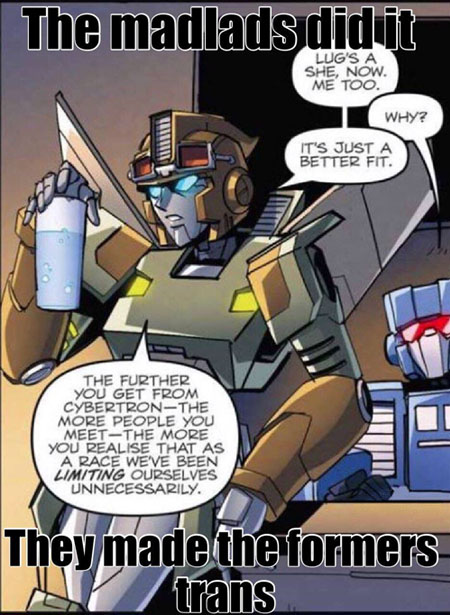 This entry was posted in addendums, comics, memes and tagged Transformers. Bookmark the permalink.