Friday began not with a bang but with a whimper. 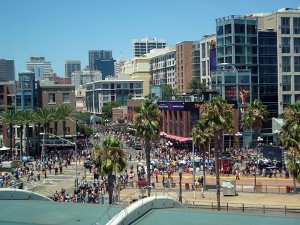 Due to the late night, I woke up late hustling down to the con and Mattel's booth to find that Stay-Puft had sold out in the first 90 minutes of the con. Yikes. I had some crazy issue with the preorder and simply could not book him, so now its back to a potential Mattelling.

From there is Gentle Giant, but Neville and Squirrelpool were gone too. It's nice to see the Harry Potter exclusive selling so well for once, but don't appreciate it when it's something I want.

Then it was on to some aimless wandering until the Mattel panels.

Danielle, aka "Fangirl2.0" is the new Neitlich which is... odd. It'll be interesting to see how DC goes when the manager who is only "into comics" because it's her job. The DC sub seems fairly cool and is certainly a chance to cash in and get a higher profit margin.

The new Ghostbusters stuff is pretty great too. I kinda wish they'd get us another courtroom character before finishing the commercial versions, but what are ya gonna do? And of course the new MotUC stuff looks great, excepting the Star Girls nonsense. This will definitely be a big Subscription year. In retrospect its odd none of us asked about Back to the Future...

If you like worthless trivia, if you watch G4 and see the Blonde Chick do a bumper with the Mattel Ghost Trap, please know they didn't start filming of that until I was done taking photos of the GB toys. Suck it, G4, you horrors!

However, the biggest highlight of the day, convention, and potentially even my entire 14-year history of coming to SDCC, was meeting Werner Herzog. I had just bought the 18" Predator and was headed to the Marriott to pick up my Matty pre-order when I passed a familiar face down in the smaller comic publisher area. Apparently Werner was "just there" with his wife, who seemed to be waiting to talk to someone at the booth. I stopped, snapped a quick photo with him and chatted for about a minute in a very gushing, fanboy way. Once we started chatting he seemed to cheer up immediately and the best word to describe my impression of him is the word "sweet." 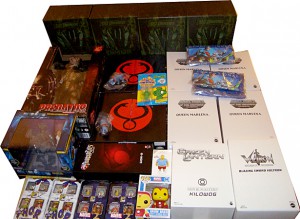 And in closing let me just point out that I am buying exclusives for yo, Shocka and several others, so don't get all mad at me for the volume of duplicates in some of these photos. 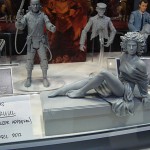 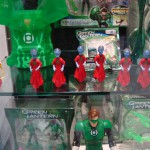 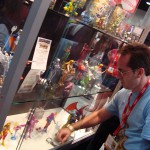 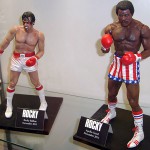 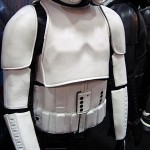 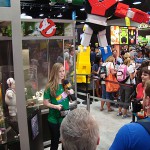 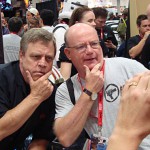 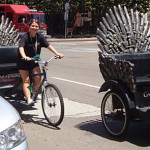 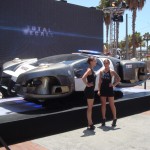 This entry was posted in Mattel, SDCC and tagged Back to the Future, DCUC, Ghostbusters, MotU, SDCC 2011. Bookmark the permalink.