The #WheresRey people don't know what they're talking about

When it comes to fandoms, I don't mind if you come into my house, but don't take a huge crap on my floor. 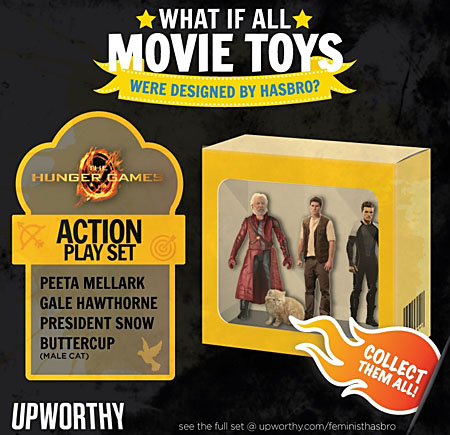 After reading this supremely ignorant Upworthy article, we considering writing a rebuttal (which would have boiled down to "no, you 'calling them out' didn't work, the changes were already in the works before your Tumblr hissy-fit"), but then someone wrote a smarter, better version than we could have, so we can just link you to that. The short version remains "filthy casuals don't know how the toy industry works." Where's Rey? She's sold out, because that happens. She's at the home of whoever bought her before you went to the store. Welcome to our world.

Look, the #WheresBlackWidow hashtag had some legitimacy, because toys that specifically referenced her scenes in the movie (for instance, dropping her motorcycle out of the Quinjet) replaced her with Captain America. Black Widow was literally being erased from toyline. But Rey isn't. Rey toys are all over the place. There are tons and tons of Rey toys, in lots of different sizes and formats and costumes. Rey exists in a way that Black Widow didn't. By piggybacking the language of #Wheres(FemaleCharacterName) instead of the more accurate #WhyIsntReyInThisMonopolySet, people are needlessly confusing the issue.