This is the latest in a series (of indefinite length and regularity) of blog posts memorializing cancelled toys. Our figure today is the Four Horsemen's Vampire Queen.

The Vampire Queen would have been part of the Gothitropolis line, and was fully sculpted and designed, as were her planned variants. 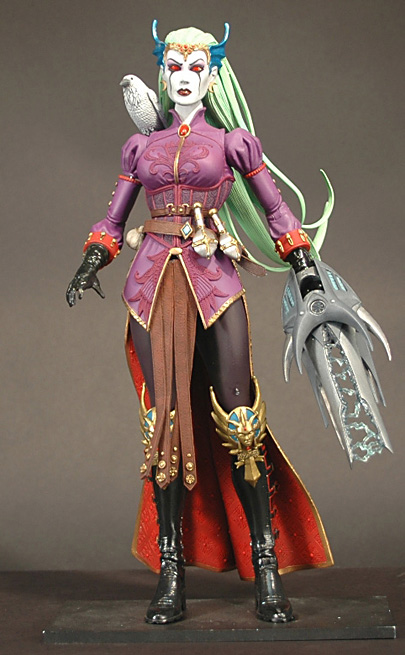 However, rising costs of production meant the 4H would not be able to afford to fund her creation on their own like they did for Seventh Kingdom and Gothitropolis (which is why the past few years they've been going through Kickstarter for Mythic Legions.) And thus the queen shall remain unreleased.

This entry was posted in cancelled toys, Four Horsemen and tagged Gothitropolis. Bookmark the permalink.