This is the latest in a series (of indefinite length and regularity) of blog posts memorializing cancelled toys. Our figure today is Mattel's Clayface BAF.

Last month we said that Riddler was functionally the last unreleased DC figure Mattel made, and that's true enough. In fact, some people will even tell you the Clayface series was released (though you'd be hard-pressed to find anything other than Martian Manhunter and the bad Superman in a store), but that doesn't mean he wasn't at least partially cancelled. 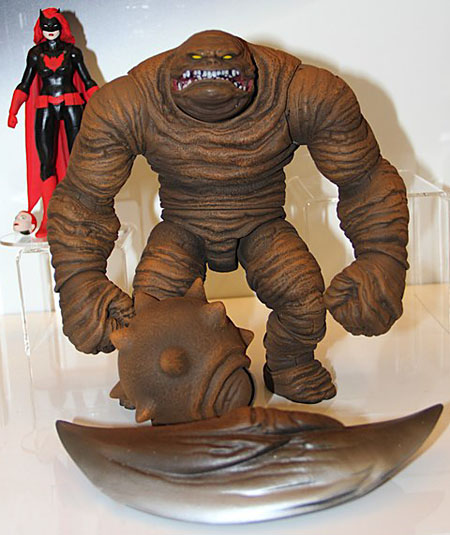 When Clayface was shown off at Toy Fair three years ago, he was displayed with alternate hands: one a big, spiked ball, the other a long, curved blade. When Series 5 came out, those hands were nowhere to be found. The rumor is they were originally meant to come with the two Series 6 figures that ended up with alternate Lex Luthor parts (Spoiler and Harley), but they were never shown together; Toy Fair 2018 put them with Beast Boy and Kid Flash as Toys "Я" Us exclusives, but that couldn't happen, either.

The pieces were never officially cancelled, but with Mattel losing the DC license as of this year, they're never going to be released.