In today's Darth Maul review, yo said that the only thing he can't do is split in half. Well, Hasbro did once release a Darth Maul that could do that - it was in 2000, in the "Power of the Jedi" line. But ToyFare magazine had already come up with the same idea in July 1999, and gave fans instructions on how to create a "Defeated Darth Maul" figure to fool their friends. 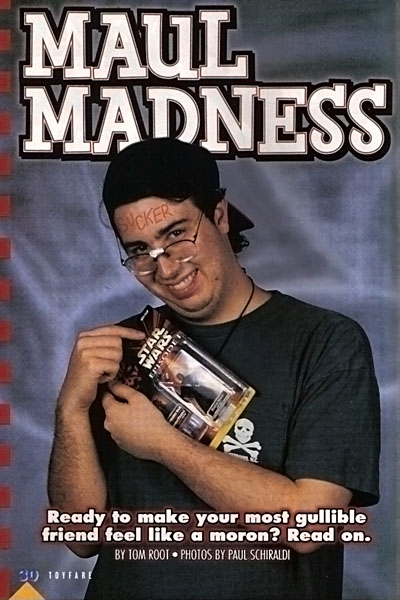 What's the funnest thing in the whole wide world?

Err... besides lying around naked with a jumbo bag of cheddar cheese popcorn watching a Greatest American Hero marathon.

Screwing over your friends, of course.

With that in mind, we've devised an elaborate plot to play upon your favorite toy-collecting friend's weaknesses, shake the foundations of his trust in reality and, best of all, make him look like a total dumbass.

The article was written by Tom Root, now the producer of Robot Chicken. And thanks to longtime reader googum, we have legible scans of the feature in question: 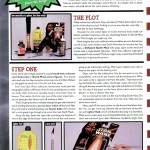 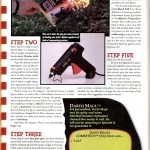 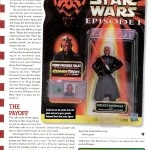 So, how many of you have been toy fans long enough to remember seeing this when it first came out? And did any of you actually try it?

This entry was posted in addendums and tagged Star Wars, ToyFare. Bookmark the permalink.