This is the latest in a series (of indefinite length and regularity) of blog posts memorializing cancelled toys. Our figure today is Mattel's Ninja Joker.

Based on the animated Batman: Ninja movie (which will be adapted into a stage play later this year), Joker would have been part of DC Multiverse Series 9, the one with the Ninja Batman BAF. 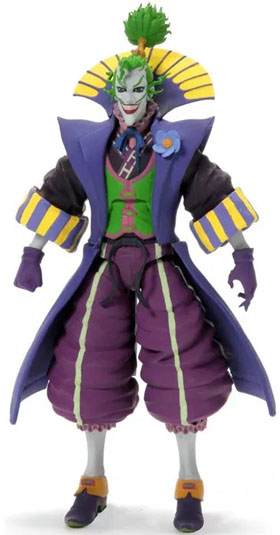 Like Simon Baz, the figure was never officially cancelled, just quietly dropped before his series shipped. He didn't even get the pleasure of appearing on the back of early packages.

This entry was posted in cancelled toys, Mattel and tagged Batman, DCUC. Bookmark the permalink.